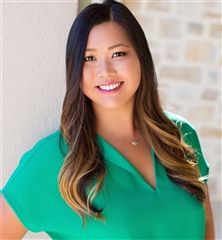 Young Alumni Achievement 2020
Expansion Manager, New York City Department of Education
New York, NY
Tori Fenton currently works as an Expansion Manager at the New York City Department Education, leading the expansion of the historic initiative to provide free, full-day, high-quality early childhood education for every three- and four-year-old in New York City. Over the past four years, she has built strategic partnerships with Superintendents and Principals and collaborated with her team to support over 650 schools. Tori is honored to have built a career foundation that prioritizes equity through an antiracist perspective in service to the students and communities in our nation’s largest city.
Tori was born in Seoul, South Korea and raised in McAlester, Oklahoma before moving to Oklahoma City where she enrolled as a Freshman at Casady. During her time at Casady, Tori played basketball and softball and enjoyed the French and Multicultural Clubs. She was inducted into the Cum Laude Society and received the English Department Award. She also proudly hit the first “out of the park” homerun during her Senior year.

Upon graduation, Tori committed to two years as an AmeriCorps Member with City Year, a national education nonprofit that partners teams of diverse young people with schools to mentor, tutor, and coach students. She first served at a high school in Queens, New York, completing over 1,700 hours of full-time service. Tori then joined the Startup Team that launched City Year in Tulsa, Oklahoma. This experience – at times challenging yet deeply rewarding – focused her career aspirations on public service and education policy.

Tori returned to New York to attend New York University’s Robert F. Wagner Graduate School of Public Service. In 2016, she graduated with her Master’s Degree in Public Administration, specializing in Public and Nonprofit Management and Policy.

Tori sought to apply her skills and expertise from graduate school in the public sector and first entered the world of city government as a Consultant with the New York City Department of Education. She then joined the Division of Early Childhood Education as a Manager and led as the Interim Director of the expansion of 3-K and Pre-K for All. Tori currently lives in Manhattan and continues to volunteer and serve her community.
Back
9500 N. Pennsylvania Ave., Oklahoma City, OK 73120     |     Phone: (405) 749-3100