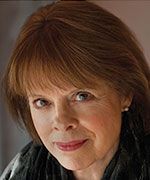 Playwright, Actress
Santa Fe, NM
Leslie Harrell Keltz Dillen is an award winning playwright and actress who has performed in theater, television, and film in New York, Los Angeles, San Francisco, and Boston.
Her plays have been produced in Massachusetts, New York, California, and Washington and featured as workshops at the Sundance Institute Theatre Lab and The Bay Area Playwrights Festival. Leslie has written and performed five solo shows including: her award winning Me & George, presented throughout the United States and at the Edinburgh Festival Fringe, and Action Jesus presented at Boston Playwrights’ Theatre and The New York International Fringe Festival.
Her most recent full-length play Two Wives in India has had productions at Boston Playwrights’ Theatre and at the Santa Fe Playhouse.
In the spring of 2014, Leslie wrote and performed in The White Notebook, The Mystical Marriage of Maud Gonne and William Yeats, at Theaterwork in Santa Fe.
In September she completed the rewrites of her first novel, The Second Act of Kelsey Byrd.
Leslie trained with Sanford Meisner at The Neighborhood Playhouse in New York and attended The American Conservatory Theatre under William Ball in San Francisco. She received her Master’s Degree in Creative Writing from Boston University.
Back