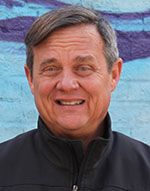 G. Stephen Mason '78 is a proponent of Oklahoma City's urban core and an early developer of Automobile Alley along Broadway Ave. downtown.
"All midsize cities in the United States are enjoying a renaissance in their urban cores. People, especially young people, have decided the urban core is the place to be. They enjoy the accessibility and the connection." - Steve Mason discussing why Oklahoma City is changing

Mr. Mason is president of Bluebird Consulting and is a registered Professional Engineer in the State of Oklahoma. He also owns Mason Realty Investors LLC, which has restored, remodeled and now manages 22 historic buildings with 48 retail, restaurant, and office tenants in Automobile Alley and the Plaza District. Steve was selected as Best Community Developer by 405 Magazine in 2016 and was awarded the Zach D. Taylor Volunteer Award by Allied Arts in 2016.

Mr. Mason received a Master of Science degree in Civil Engineering from Stanford University and a Bachelor of Science degree in Environmental and Water Resources Engineering from Vanderbilt University. He serves on the board of directors for the City of Oklahoma City Business Improvement District, Last Frontier Council of the Boy Scouts of America, Girl Scouts of Western Oklahoma, United Way of Central Oklahoma, Automobile Alley, Allied Arts, First National Bank of Oklahoma, Iguana Mexican Grill, and Earl’s Rib Palace.

Since 2010, Mr. Mason has served on the OKC MAPS 3 Transit/Modern Streetcar Subcommittee. He was appointed Chairman of the Oklahoma State Capitol Repair Oversight Committee, which is responsible for the $245 million renovation of the Oklahoma State Capitol in 2014. Steve is the father of Travis '05, George '07 and Marie '09 who earned their Eagle and Gold Scout Awards.
Back